Home Reviews Multilotto – More Than 50 Lotteries to bet on!

Multilotto offers a wide selection of lotteries to bet on. A trusted, licensed operator.

Multilotto – More Than 50 Lotteries to bet on! 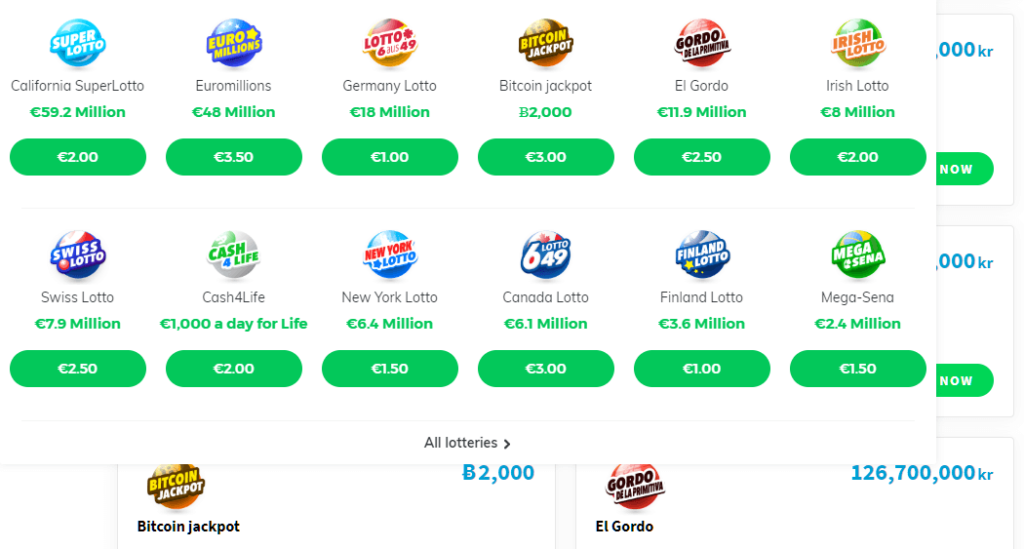 Multilotto is one of the most popular online lottery portals. Multilotto has been in service since 2011 and attracts customers from all over the world: the site is available in 13 different languages.

The variety of lotteries available matches the international customer base: there are more than 50 lotteries listed on the Multilotto webpage. There are famous games like Powerball and SuperEnalotto, but also lots of smaller lotteries from all continents.

Update: Multilotto used to operate an online casino on the same site. However, in November 2019, they announced its closure. The lottery side of Multilotto will continue to operate as before.

When a player participates in a lottery on the Multilotto site, he or she does not actually buy an official lottery ticket. Neither does Multilotto do it for the customer like some agency type lottery portals. Instead, the site offers what is called Lotto betting.

This means that the player technically makes a bet on the correct result of the lottery. The payout table, including the jackpot, matches the results of the official draw.

For example, the German Lotto offered by Multilotto is equivalent to the official German game of 6aus49, popular since 1955. The price per line is 1€ and you pick 6 numbers and one bonus number, just like you would playing at an agent in Germany.

The winning numbers in German Lotto at Multilotto are the same as those drawn in Germany every Wednesday and Saturday. However, your ticket does not take part in the game operated by German lottery associations but instead stays in your account.

The winnings are paid out by Multilotto. Smaller winnings are covered directly by the company, just like wins from slot machines. For the big jackpots the company has taken out insurance. This is necessary considering the potential wins from the largest jackpots could be hundreds of millions.

Multilotto has over 50 different lotteries listed on its website, though at the time of review, only about 20 were available to play. That is still plenty of choice, there is something drawn every day of the week.

A sampling of games on offer:

This increases the jackpot considerably, depending on the lottery, the boost might be several hundreds of millions! For example, when writing this review, the standard US Mega Millions jackpot was 44,8M€, but when boosted, it rises to a staggering 645,5 million!

Of course this comes at a price. While a standard ticket costs 3€ per line, a boosted ticket will cost 5€ per line.

You can subscribe to your favourite lottery for a set time. The shortest option is 2 weeks, while the longer subscriptions are 1 month and 1 whole year. The two longer periods can only be charged on a credit card.

The longest 12-month lottery subscription comes with a nice 20% discount. So if there is a certain game you regularly play, this option is attractive.

Do note however that with a subscription, there will be monthly charges to your credit card that can’t be cancelled. So make sure this is something you can afford in the long term.

Group play, also known as a lotto syndicate, is available. You can create a new group easily from the game menu. Just fill out a ticket to your liking and select the number of shares.

Each group created this way has a name. Use this to market the shares to your friends or other people who might be interested.

The ticket is only valid once all the shares have been sold and paid for.

Scratchcards are a recent addition at Multilotto. For players too impatient to wait for the next lottery draw, these offer a chance to win some quick cash.

At the time of writing this review, there were 11 different scratch cards on offer, with wins ranging from 500€ to 50,000€. Largest payouts are in Fruity Flurry and Doppelte Chance. The cheapest option is Elephant Scratch at only 0,05€ per card.

All the paytables are available on site and with the number of cards known, a rate of return can be calculated. For most Multilotto scratchcards it seems to be around 50%. This is not unusually low and matches the returns of many lotteries.

However one might consider playing the slots at the Multilotto casino instead? Many of the slots have RTPs well over 95%.

Update: Multilotto has recently announced that they are closing the casino in November 2019. The lotto betting will continue as before.

Playing the various lotteries is the main attraction of Multilotto. But they also operate a good-sized online casino with slots and even some live tables.

You can play casino games from the same account you use to pay for lotto tickets, but the bonuses for lotto/casino are treated as separate.

There are close to 400 slots available, and they come from the most popular providers such as NetEnt, Quickspin and Play n’ Go. The live tables are produced by Authentic Gaming and include several variations of roulette and blackjack.

Some of the biggest progressive jackpots in slots like Mega Moolah can even exceed the top prizes in many lotteries. At the time of writing, Mega Moolah jackpot was at 4,5 million euros! 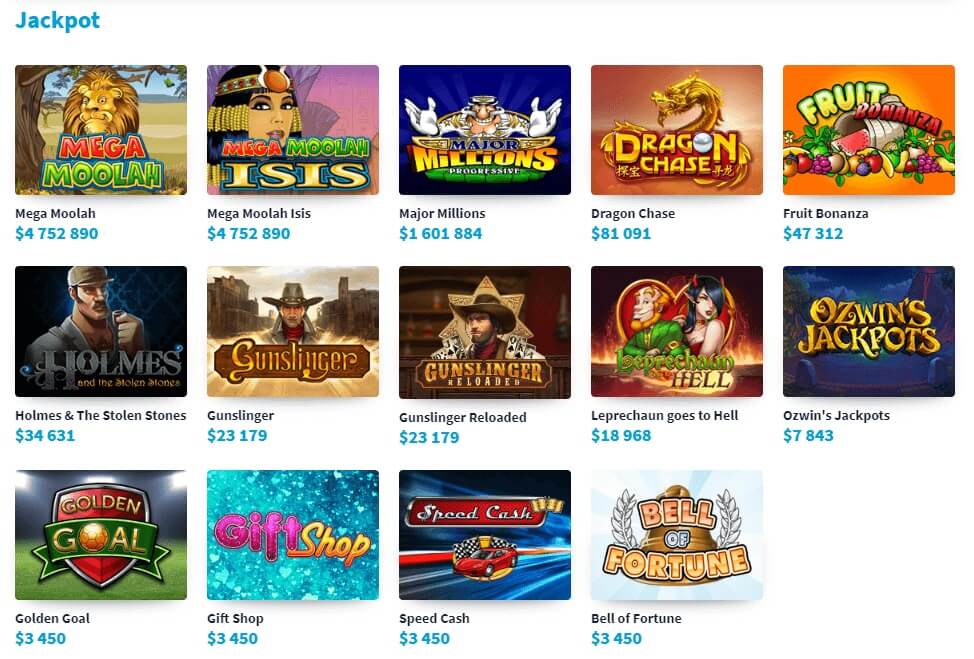 The casino is certainly one of the best found on sites specialising in lotteries, although it can’t quite compete with the best online casinos overall.

Multilotto offers bonuses for both casino and lottery games. These are considered separate from each other, so you can’t buy lotto tickets with the casino bonus and vice versa.

The wagering requirements for all bonuses is 35 times the total amount of deposit + bonus.

The free ticket becomes available just by signing in to your account, even without making any deposits. The top prize for this interesting lottery is cash equalling the price of 10 kilograms of gold.

Another type of promotion at Multilotto is a money-back guarantee for certain lotteries. This means that the bet is risk-free as the money spent on non-winning tickets is credited back to your account.

You may occasionally be offered a chance to buy tickets at a discount. The lotteries and the discount percentage varies but can be as high as 70%. 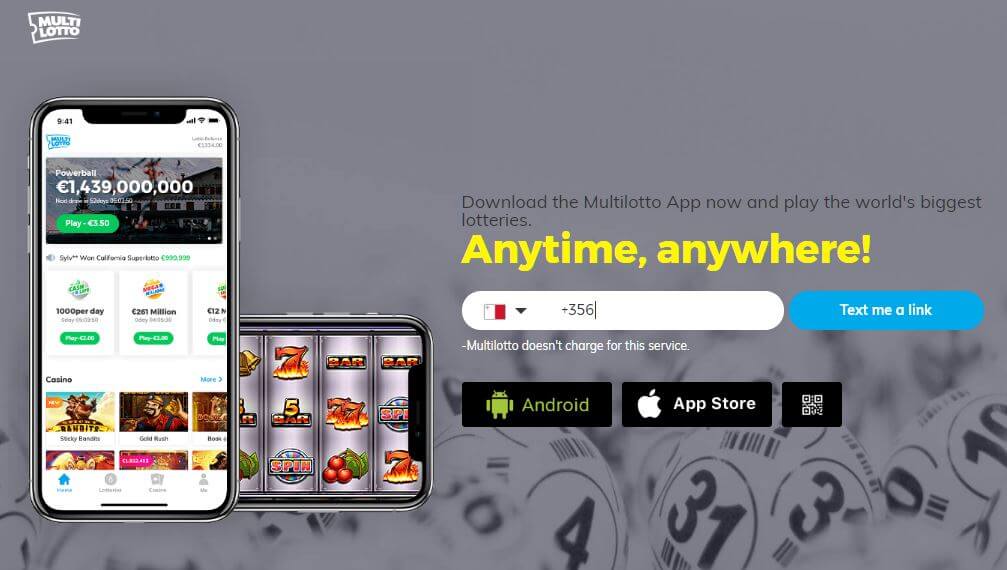 The Multilotto app is available for both Android and iOS phones. This makes both playing and checking the results easy while on the go.

The App is quite intuitive to use and all the important functions can be accessed on your mobile phone. The design is responsive and filling out tickets is easy even on the smaller screen. In many ways we found the app even easier to navigate than the website itself.

As Multilotto operates in 13 languages and about a dozen currencies, the accepted payment methods may also vary from country to country.

These are among the payment providers:

Multilotto also offers the so-called Pay’n Play option, although currently this method is only available for players in Sweden and Finland.

You can pay for your ticket orders from the balance in your Multilotto account, or by credit card when confirming the order.

Generally speaking, Multilotto winnings are not taxed at the source, as they are paid by Multilotto, not by the lotteries themselves.

You as a player may be responsible for taxes in your country of residence, depending on how your country treats lottery winnings.

The massive top prizes in US lotteries might be a special case, as lottery winnings in the United States are subject to both federal and state taxes. Players betting on PowerBall and Mega Millions might want to keep this in mind, although considering the massive size of these jackpots, there will be plenty left even after taxes. 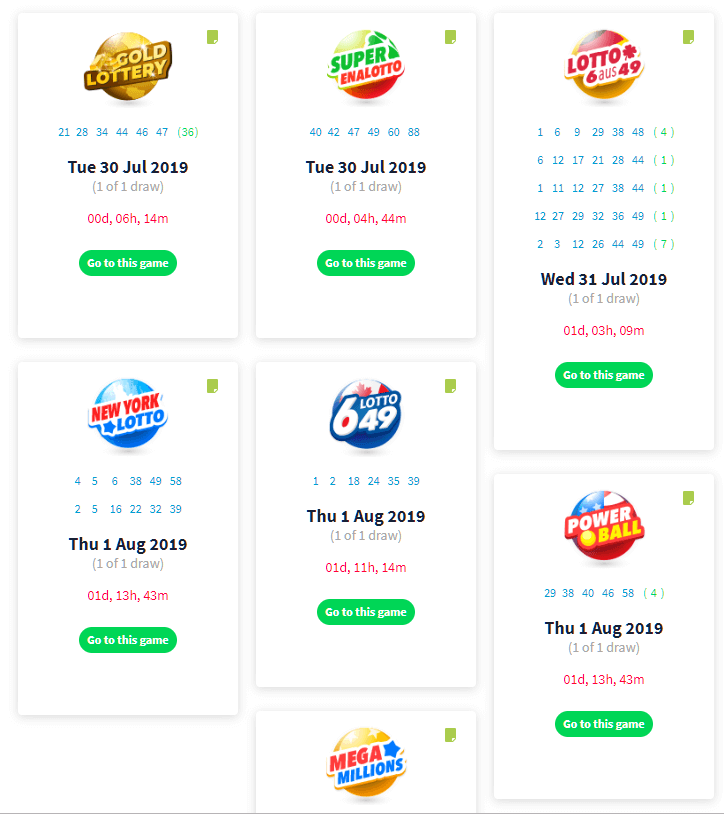 Multilotto is certainly one of the top lottery sites online. It is an established, reliable and licensed operator that offers a wide variety of games in addition to lotteries.

The number of payment methods available and languages used make this site accessible for a wide group of lotto players from all around the world.

As for improvements, we wish that the availability of various promotions like ticket discounts or money-back guarantee was more clearly expressed.

There is certainly a lot of information on the site, but it is not always organized in the most easy to find way.